Hey there! Check out this table of blow up hot tubs with prices fetched in real-time to find the best deal or clearance currently available!

How much is a good deal?

These are the ranges we came up with after years of monitoring the hot tub prices:

Get notified of awesome deals!

Hey! Don’t miss out on the awesome deals. Subscribe and get notified when a price drops below $319!

Unfortunately, prices rarely go under $319. Enter your email to get notified when a price drops below $319! We won’t spam you – we hate spam as much as you do. (Oh yeah, we get a lot of spam via the contact forms on this website ?)

Check out this table with prices fetched in real-time!

We only included the most favorite hot tubs. You can’t go wrong with any of these.

What are the typical reasons for an inflatable hot tub clearance?

How often do awesome deals show up?

Is it worth waiting for a lower price?

This is absolutely up to you. Is the extra time you can spend in your inflatable spa worth it? Or would you rather wait a few months for an inflatable spa clearance or price drop?

Most companies offer great Black Friday deals on inflatable hot tubs! If you are patient enough, this might be worth the wait. 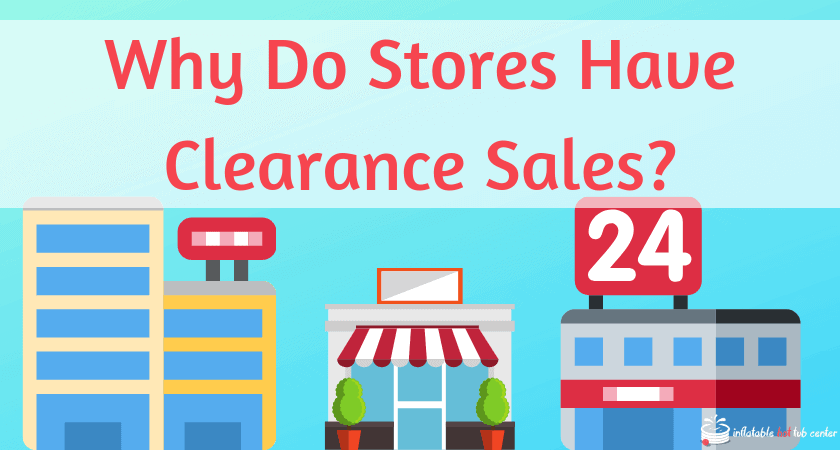 Why Do Stores Have Clearance Sales?

Many see clearance sales, where items are typically sold at sharply reduced prices, as a great way to save money. In fact, they’ve become a way for people to afford items they want but had previously been out of their budget range. These shoppers might hold off on making purchases and save their money so they can splurge during the sale.

But what’s in it for the store? Why do stores have these seasonal clearance sales? Let’s take a look at some reasons why: 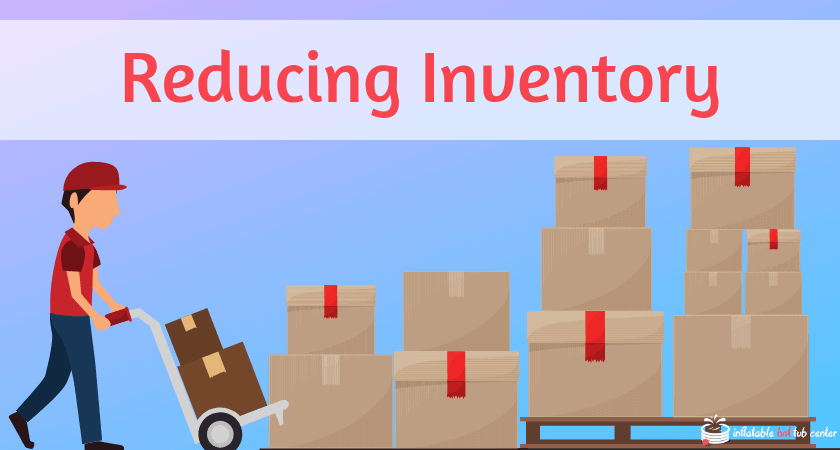 It is very difficult for stores to predict just what will sell and what won’t. If they make the right choice, then items will fly off the shelves. If they don’t, well, then the stock will languish and eventually be brought to the stockroom where it will take up precious space.

Unsold stock is a liability for a store. In order to get rid of this excess inventory, they will have clearance sales where these items can be sold at significantly discounted prices (this applies to inflatable hot tubs as well).

While it may seem like the store is taking a loss, in fact, what they are doing is minimizing the financial impact that unwanted stock can have on their revenue (check out this article on how to get rid of unwanted inventory). This excess stock is usually sold at, or just above, the breakeven point. This means that, at the very least, the store will not lose money on the sale.

But, even items that had sold well in the past may be targeted for clearance sales if their sales are weakening. Even if a particular product continues to sell, if others in its product category are outselling it, the store might decide that it is no longer economically feasible to continue carrying it.

Thus, the product would be phased out. And you would expect, the remaining items will be put on a clearance sale to make way for the more popular products.

In addition, clearance sales are a smart strategy for moving items that shoppers had previously ignored. After all, when something is severely marked down, many people will suddenly find it irresistible.

Of course, not every item will be salable, and a certain percentage of it will have to eventually be discarded if it does not move. But stores hope that clearance sales will help them severely curtail this wastage. 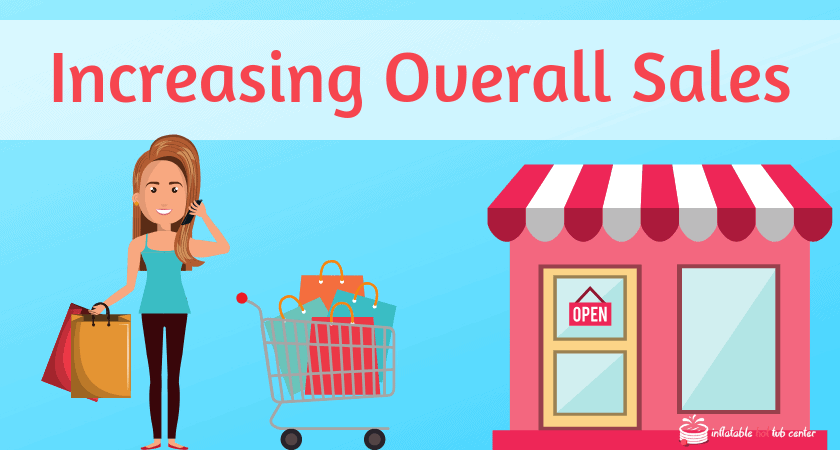 The one thing that clearance sales are good for is bringing in more foot traffic to your store. Even people who have never visited it before will suddenly come in for a look when you hold a clearance sale.

There are many ways that store owners can monetize this foot traffic—for instance, by placing sale items toward the back. This will force shoppers to walk past normally priced items to get to the sale, and they might buy a few regular items in addition to the ones on sale.

They can also use clearance sales to connect with new customers. When a customer makes a purchase, for example, they might include a brochure encouraging them to sign up for a newsletter.

When customers sign up, they can receive alerts in their inbox when the store has a sale or promotion. The newsletter can likewise be used for other types of promotion, such as telling subscribers when a new item is being introduced. 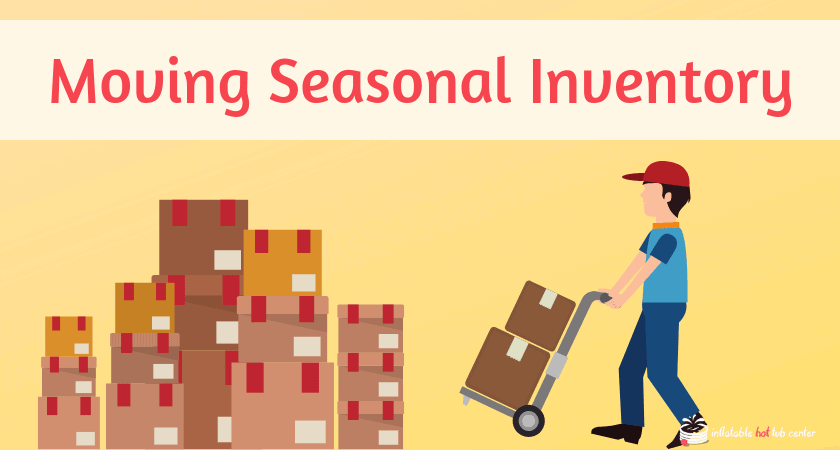 There are many items that have a seasonal component to them, such as Christmas decorations or winter clothing. Once the season is over, many of these items will no longer be salable.

In order to move these items, stores hold post-season clearance sales. In addition to letting them recover some of their costs, they also get to free up space for fresh inventory.

To maximize sales, however, smart storeowners usually hold seasonal inventory sales before the season ends. These are usually when sales begin to decline anyway, so they can use a clearance sale to goose them a little.

For instance, have you ever noticed that stores markdown Christmas-related items near the end of December? The reason is that after the season is over, no one will want to buy these items. But if you hold a sale just as the season is wrapping up, people might buy these items thinking they can keep them for use next year.

Clearance sales can also be used to sell off last year’s models and make way for new ones. For instance, a hot tub clearance sale will usually sell models from the previous year to make way for ones for the current year.

Of course, smart shoppers can use these sales to finally buy items that they previously could not afford. Or they could choose to hold off, knowing that many stores would mark down last year’s model.

Many buyers would want the latest model with the newest features and would find older units somewhat undesirable. But, only a few would have the financial capacity to go for the latest, top-of-the-line variants. 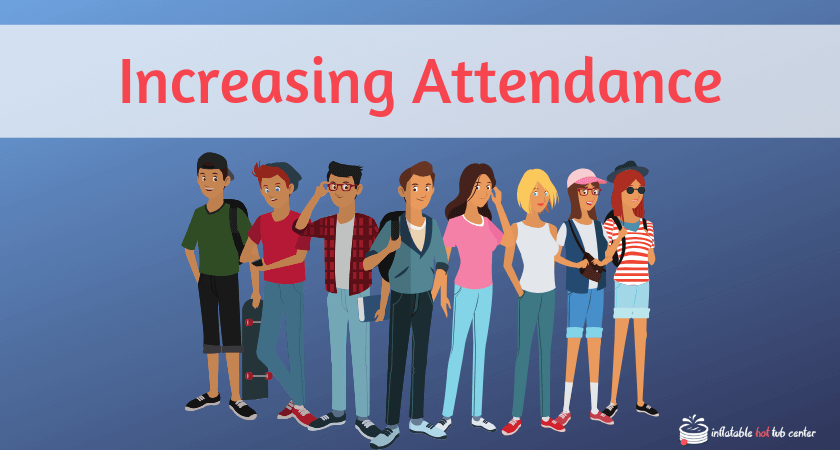 Stores are not the only ones that can hold clearance sales. Organizers who stage events can also hold such sales in order to move unsold tickets. Obviously, they won’t call it a clearance sale but usually refer to it as a special promotion.

What happens is that, as the date of the event grows closer, the organizer will offer the unsold tickets at a steep discount. This might encourage people who have already bought tickets to buy extra ones so they can bring friends and family along.

This smart approach might even increase sales among those who were interested but had previously been deterred by the price to buy a ticket.

Not all clearance sales are actually of unwanted products. Stores might decide they want customers to try out a product that is not selling as well as they had hoped. So they hold a “clearance” sale in order to encourage shoppers to buy it. The hope is that once they have tried it, they will want to continue buying it, even at the regular price point.

Need a new salu.spa. my egg is leaking from the bottom
Around 300.00

Looking for inflatable hot tub for birthday next month. Need 4 person size and a great deal!

Looking for a great deal on winter inflatable hot tub

looking for new hot tub with heater under $300

LOOKING FOR A CHEAP BUT GOOD HOT TUB FOR MY WIFE.

Hi T.G.! Well, this is what corona lockdown did to hot tub prices – they are at all time high. And many of the most popular inflatable hot tubs are sold out for months.

where can i get an intex tub without pump i had an intex 4 person inflatable tub that started leaking because it got over inflated. i couldn’t fund just the tub and i wanted a little bigger anyways so i got a 6 person goplus iinflatable tub but the pump and heater didn’t work as well and have died, they put the goplus heater and pump in the wall of the tub i was thinking about getting some tubing and bypassing the heater and pump and connecting it to the intex system i still have but if i could find just a tub for a good price i could just hook my old set up to it with no modification.

Hi Loki! I’m afraid you won’t find a new hot tub without the heater – but you can try contacting the manufacturer directly. Your best bet is getting one on craigslist